We seek to transform the lives of our patients by treating the whole person and building lasting relationship.

“I came through those doors half dead.”

Chris came to Hope Clinic in a rapidly declining state. To look at his face was to see a picture of death and depression. Chris has been in and out of several healthcare facilities. He has struggled to care for himself and to find the desire to feel better. In his own words, “I have been through rehabs. I have been in hospitals, but I never looked to get better.”

“[Hope Clinic didn’t] want anything from [me]. They just wanted to help. In my experience, I have been to enough emergency rooms, enough places being an uninsured individual. The bottom line is the money and with Hope Clinic it’s not.”

Looking at Chris now, you’d see a striking transformation. The care, extra resources and spiritual care that Chris received at Hope Clinic helped make a difference. He does not feel judged at Hope Clinic— he feels understood. He has energy to do the things he loves, like fishing, hanging out with his dog and working on his land. He also wants to give back in time and talent.

“The amount of genuine sincerity that you guys showed me as an individual. . . I am sure that everyone who walks through that door is treated with the same care—nonjudgmental, understanding. I came through those doors half dead, really, literally. I am a testament to y’alls work.”

It is wonderful to see the overall improvement in Chris. He smiles— he is alive and it shows! 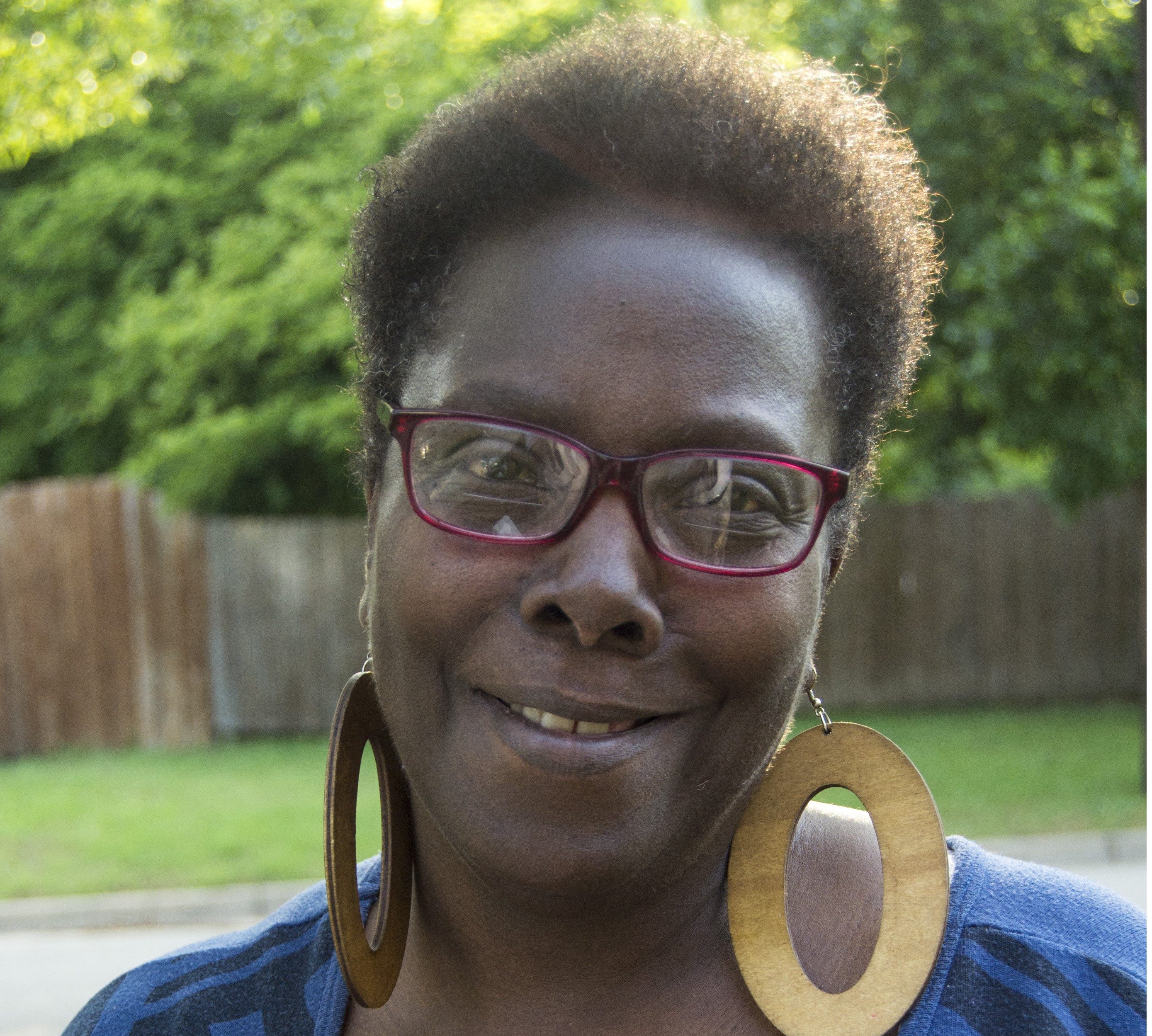 “I’ve come in so many times feeling down, and before I leave, I’m laughing. I love coming here. I look forward to coming here.”

These statements poured from Tammy’s mouth as she explained what Hope Clinic means to her and how she loves the people of Hope Clinic— the best part of this mission.

Tammy was one of Hope Clinic’s earliest patients. Her daughter came across a flyer for Hope Clinic and encouraged her mother to go. At that time, it was clear that she was not feeling well. Her poor health affected so many aspects of her life, including her mind and spirit. She had battled 20 years of ongoing health problems and visited many doctors’ offices, but something always seemed to be missing.

After regular visits at Hope Clinic, Tammy began to change. The Hope Clinic staff and volunteers took notice. The change was so evident, you could see it in her face. A journey from sadness to joy. A journey toward hope. Tammy attributes most of this change to the care and genuine concern she has received at Hope Clinic. “You feel loved. You feel valuable here. That’s a wonderful thing.” Tammy looks forward to her visits at Hope Clinic because she looks forward to being encouraged and “lifted up.” She appreciates the clinic staff and volunteers who listen attentively and pray over her. The extra time, conversation and encouragement is what separates Hope Clinic from all other healthcare experiences in Tammy’s past. She feels better and proudly states:

“When you feel better, you can think better. You can do things better. I don’t feel as down as I used to. I am more balanced. Sure, I have hard days, [but] I don’t let them overwhelm me anymore.”

“I [want people to] see that there are people who care for them and they are not alone.”

Beth was a reading teacher for 35 years. She grew up a pastor’s daughter spending summers at a lake house, chasing after the book mobile, and reading whatever she could get her hands on. Later, there were kids, family, and birthday parties. Life got complicated and changed—a lot. In an interview, Beth quietly acknowledges that she went through “a series of several unfortunate situations in life,” eventually leading her to be on her own, uninsured and in need of medical attention. She incurred some serious injuries and experienced chronic health conditions.

Before coming to Hope Clinic, Beth had reached out to many physicians for care, but was turned away for various reasons.

Eventually, a friend referred Beth to Hope Clinic and things began to change. She began receiving the medical care she needed. Staff provided Beth with information on local nonprofits that could help with other needs, and she always had someone available to listen and pray with her. Beth describes her time at Hope Clinic as a “journey” of healing and growth. The “relationships of the people [at Hope] show that people are here for one another.You leave here feeling like family…someone really cares.” Beth attributes the beginning of her healing process to Hope Clinic.

Not every day is perfect for Beth, but her spirit and face now glow with a new joy. She beams as she talks about her faith in Jesus and how she may not always know why things happen, but she knows that the Lord has a purpose for her, and it’s clear that she is determined to find it.

“I really [got] to know through Hope Clinic that there are still people that care about you. Thank the Lord that I have made friendships. I get help and I think I am walking in the right direction.”

Hugo’s life was turned upside down when he was arrested and held for several months in jail. This puzzled
Hugo because he had broken no laws. He was working and taking care of his responsibilities, so why was this happening? He later discovered that his arrest was due to mistaken identity. When the police discovered the mistake, they released him.

Hugo was eager to return to the life he knew, but quickly realized that the life he knew had fallen apart while he was away. His immigration status had lapsed, his apartment and its contents were confiscated, his truck—his source of livelihood—was towed. Everything was taken. Without a job or money, Hugo became homeless.

To complicate matters, Hugo’s health suffered. “In those days, I was very sick with my [high blood] pressure and I did not have medication.” Hugo needed medical attention badly. Thankfully, he learned about Hope Clinic and was able to receive much-needed medical care.

Hugo acknowledges that he was given more than treatment for his chronic health issues; he felt truly cared for. He appreciates that the volunteer doctors and nurses of Hope Clinic go to great lengths to communicate with him, to get to know him and show him genuine concern. “Other clinics you go [to], they attend to you but that is it. They don’t know your name.” This is not so with Hope Clinic.

Hugo laughs as he recounts walking up to the clinic one day. He talks about two women walking out of the clinic, laughing and talking. “One woman said to the other, ‘You look better already!’ Her friend replied, ‘I feel cured already, the way they treat me in there!’” Hugo agrees saying, “I feel that [too].”
Hugo knows that there are many sick people in McKinney. They need medical attention but cannot access adequate care because they do not have health insurance or money to cover the cost of their care. He wants more people to learn about Hope Clinic and has decided to get the word out however he can. 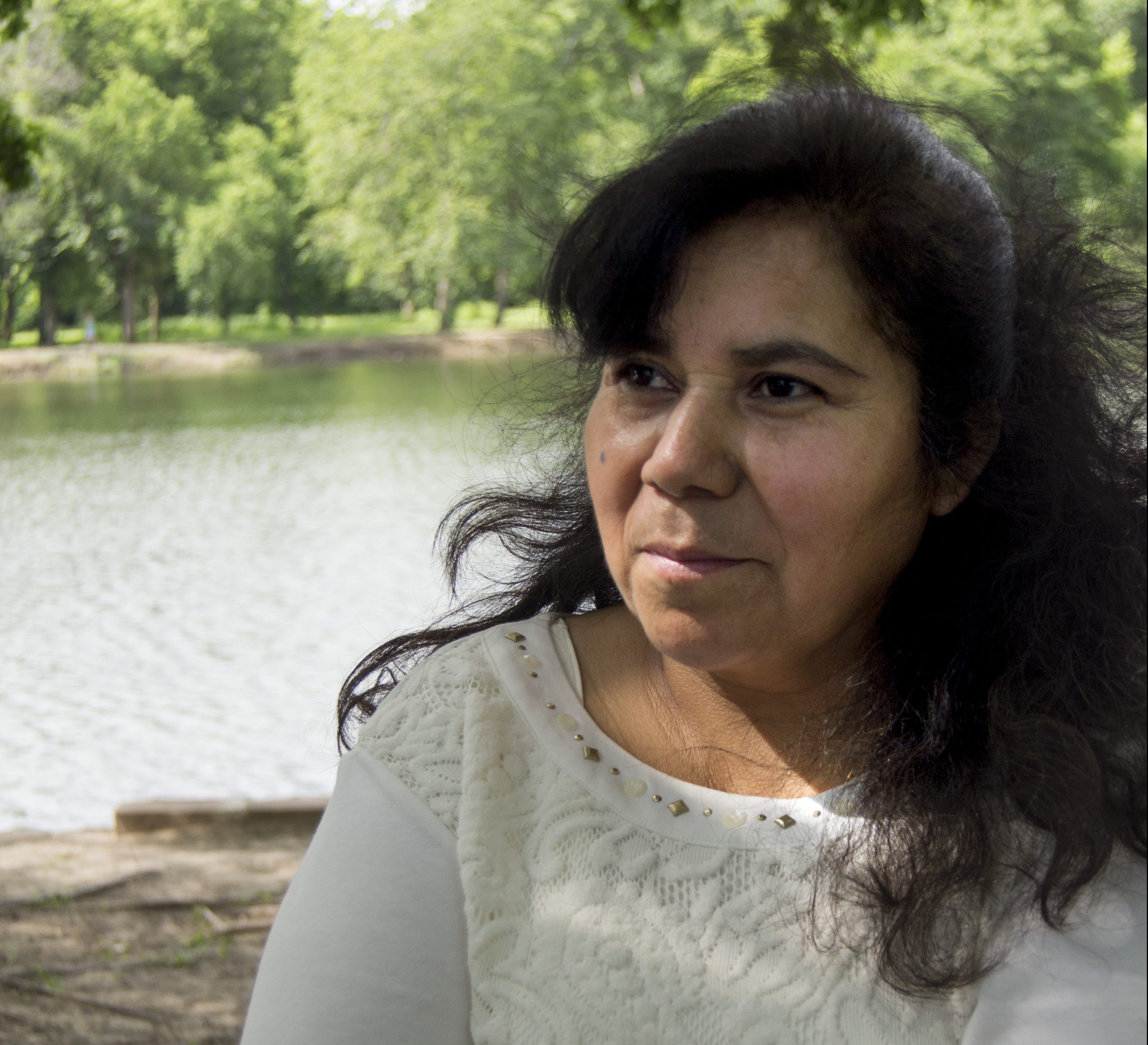 Maria is a lot like Hope Clinic’s other caregivers. In her spare time, she loves to knit, cook for her family, and listen to worship music in her house. She takes care of her family and is proud to do so. Although admittedly shy, Maria calmly speaks about her son’s experience at Hope Clinic. She feels comfortable bringing him to Hope because someone is always available to communicate with her in her own language. This is a relief for her.

Maria first learned about Hope Clinic from the Baptist Immigration Center, the nonprofit that generously donates its space for clinic operations. It was a great find for her family, because they had never sought medical care in the United States. Maria feels that “God placed [her family in Hope Clinic] when they needed it…Everyone treats me well, even if I do not understand English.” Maria is unsure where she would go for medical care if it were not for Hope Clinic. She reflects that she knows so many individuals and families like herself that need Hope Clinic. “Otherwise, who is going to help them?”

“The people of Hope Clinic are good people. Thank you, God bless you.”